Log In Register
Welcome!
We currently use Discord for a majority of our services! However, if you do not have discord you may use our Forums. :) 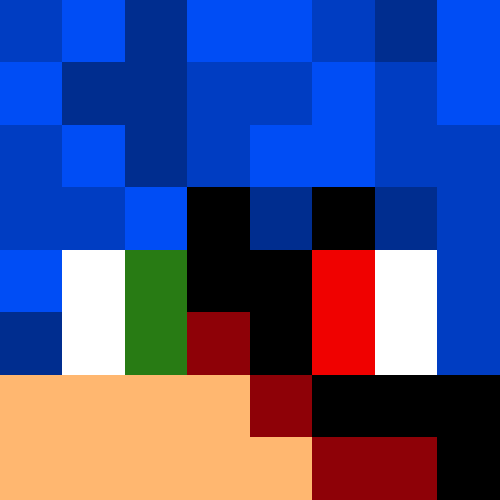 This user has not added any about fields yet.
Latest Posts:

Artifacts
- Change rates of lower tier artifacts, mostly basic. Basic is 50% and you feel like you almost never get the tiers barely above it, there's not much difference between said tiers so it's pretty awkward
- Basic: 30
- Unusual: 25
- Epic: 20
- Exceptional: 13
- Legendary: 7
- (Rest stay the same)
- Drop the time required to identify artifacts somewhat. I get that the times are to encourage players to hop back on and check on their artifacts but I feel with timers as high as 6 hours that just either encourages not to use higher artifacts (not much more benefit) or to stay offline until it's done as there's nothing to do until they can identify more things.
- Basic: 5 minutes
- Unusual: 15 minutes
- Epic: 30 minutes
- Exceptional: 45 minutes
- Legendary: 60 minutes
- Fabled: 80 minutes
- Mythical: 120 minutes
- Celestial: 160 minutes
- Divine: 200 minutes

Zeta Drops
- Emerald ore should give a lot more zeta as they only spawn in one ore veins and mining them means sacrificing an oracle spawn. From 1500 -> 3000
- Diamond ore should drop as a result from increasing emerald ore, as diamond ores are required to mine anyway to spawn oracles. From 900 -> 450
- Due to nether biomes being rare and you can only get quartz there, quartz value should be increased from 90 to 155 (Same as redstone)

Xp Rates
- Same logic as before emerald ores should give more experience but not as much of an increase in this case as this would encourage farming emerald ores and then just later grabbing them for oracles once you have the desired level. from 200 -> 300.
- Still using the same logic, diamond should drop from 150 -> 100 for balancing purposes
- Quartz exp should increase from 15 to 35 (Same as redstone)

Guardians
- Decrease teleport chance from 100 to 25, guardians are mini-bosses needed in order to get buffs to get to late game where you can fight oracles and such. This would decrease the amount of people trying to cheese the fight and just fight it legit as they don't get teleported to on every hit which guardians do a decent amount of damage.

Disclaimer: I do not believe this should be an immediate change, we are still in the midst of merging mercury with survival and as a result there are things that have yet to be implemented such as a custom enchant system. We are also still working on the custom mining system to be sure people can't cheese or exploit which imo these changes should wait until that point however I wanted to go ahead and get this suggestion out of the way.

Pros
- Since I've given exact values the changes are really easy to implement (values are also up for discussion, skizzles has a better understanding of balance and I generally discuss with him and sometimes we end up with different numbers whether they be higher or lower)
- The plugin feels more rewarding while also being more challenging with the changes implemented
- If values don't work out suggestions can always be made to change them as needed

Cons
- Some aspects might be too powerful, like the impulse may be too fast or radalite might do too much damage.
- Stuff like artifact times being decreased may lead to faster completion of the plugin? (If that appears to be the case we can change values again) However I feel it's very slow to get your first vessel which so far is one of the best parts of the plugin imo.
- A lot of values to change at once, it's hard to tell which aspect has had the most impact with so many changes being made at once (We can always implement it gradually if need be)

Cave-ins are also a bit buggy for those with ... less than optimal internet such as me. Not really buggy as in "glitchy" but more so it can create annoying ghost blocks (easy fix with f3+a). Makes it difficult to properly mine sometimes.

Cons:
- Makes mining a bit easier, which may be a bit unbalanced with how fast people seem to be progressing
- No idea how much less common they should be, creates work for whoever implements the suggestion to figure out how to do so (assuming it's possible)